This vast 7,964 square mile county takes in the towns of Rawlins (the county seat), Sinclair, Hanna, Medicine Bow, Elk Mountain, Saratoga, Riverside, Encampment, Savery, and Baggs. Boasting two scenic byways over the Snowy Range and Battle Mountain, the North Platte and Little Snake River Valleys, Encampment River, Saratoga natural Hot Springs, numerous designated wilderness areas and the Contintental Divide trail, outdoor enthusiasts can seek many types of of adventures. Located off the beaten path, visitors will find an abundance of well known trails passing through Carbon County that are rich with cultural and historic stories of cowboys, Indians, fur trappers, emigrants and outlaws, that exist today as they did in the late 1800's.

A visitor can trail through Carbon County and view the wagon ruts and names of pioneers etched in rock or written with wagon grease along the Emigrant, Overland and Mormon trails.

Push a Mormon handcart along the Sweetwater River at Devil's Gate where the Oregon, California and Mormon trail become one at Whiskey Gap. Follow the footsteps of Chief Washaki through Rawlins or the view war lodges on the Cherokee Trail at Big Creek. Step back in time and experience the history of the first white man trails as you traverse Bridger Peak in the Sierra Madre Range within the Medicine Bow National Forest and gasp at the vistas and abundant wildlife as Mountain Man , Jim Bridger must have, as he pioneered the west. See fur trapper, Jim Baker's home, the first log structure in the area at Savory, Wyoming, and learn the importance of hunting, gathering and fur trapping routes. Horseback along the wilderness trails through the Sierra Madre Range and hide out like Butch Cassidy and the Outlaw Gang did all the way to Baggs, where you can tour the cabin Butch resided in. 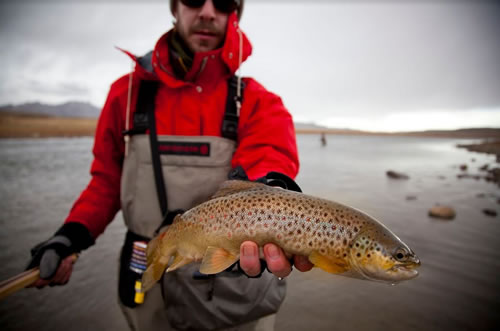 The stage coach and wagons crossing the Oregon Trail were of great significance. Many routes branched off the Oregon such as the Cherokee and the Overland Trails. Indian hostility gave rise to a number of attacks in the late 1800's necessitating the need for military reinforcements such as Fort Halleck at the foot of Elk Mountain and Forte Fred Steele on the North Platte River, still preserved today. Soak in the natural hot pools in Saratoga or hike to Indian bathtubs above Riverside, as the Cheyenne Indian once did. To the travelers of yesteryear, the Great Plains and the Great Basin seemed like another planet. As the Oregon, California and Mormon trails pass through the Red Desert, finding the best routes to keep the livestock fed and watered were key. Still true today, the TransAmerica Bike trail (which runs east and west) informs the rider that water is limited as they pass through the Great Divide Basin in Carbon County. The Continental Divide National Scenic Trail (which runs north and south) also passes through this basin. It is described as a geologic and hydrologic feature unique to the United States. No streams flow out of the basin, meaning that the precipitation falling within never reaches the Pacific or Atlantic Ocean. Hikers and bikers frequently recount the strenuous test of endurance through this area. Despite the scarcity of water and vegetation, the Red Desert teems with the largest migratory herd of pronghorn antelope in the lower 48 states, possibly the largest in the world, and a wide range of migratory birds such as trumpeter swans and ducks, as well as herds of ferral horses known for their long manes and tails, attracted by ponds created by summer snow melt. Dotted with vistas of awesome rock formations and the Killpecker Sand Dunes, the largest living dune system in the U.S., the Red Desert is a photographers dream.

According to the US Geological Survey Board of Geographic names, Carbon County has 13 named trails.

Custer National Forest Trail, Arlington Pack Trail, Green Ridge and Troublesome are but a few. In 2016, Rawlins was designated as a gateway community for the Continental Divide Trail and is the only city in America that is literally on the trail!

In addition to all these historic trails, Carbon County is abounding with an incredible modern day trail system that still preserves the feeling of the old west.

These trails traverse the high Red Dessert, the Sierre Madres and Snowy Range mountains, the North Platte and Encampment Rivers, the Medicine Bow National Forest as well as several designated wilderness areas. Endless miles of pristine lakes and streams provide gorgeous vistas, wildlife viewing, blue ribbon fishing, cross country skiing, hunting and camping. There are trails for hikers, bikers, birders, anglers, horseback riders, dog sleds, snowmobiles and ATVs. It is worth the trip to experience the raw beauty and serenity of Medicine Bow Peak (elevation 12,500 feet) or any of the numerous hiking trails over endless mountains ranges to discover an authentic adventure in the last of the old frontier. So pick a trail...any trail across Carbon County, and join us for a safe, family friendly travel experience.