Nestled among the scenic beauty that you’d expect in Wyoming, much of the county’s history and heritage is on display at small museums in the western towns of Medicine Bow, Hanna, Saratoga, Encampment and Rawlins. There are photo ops around every bend and an afternoon of “just me time.” 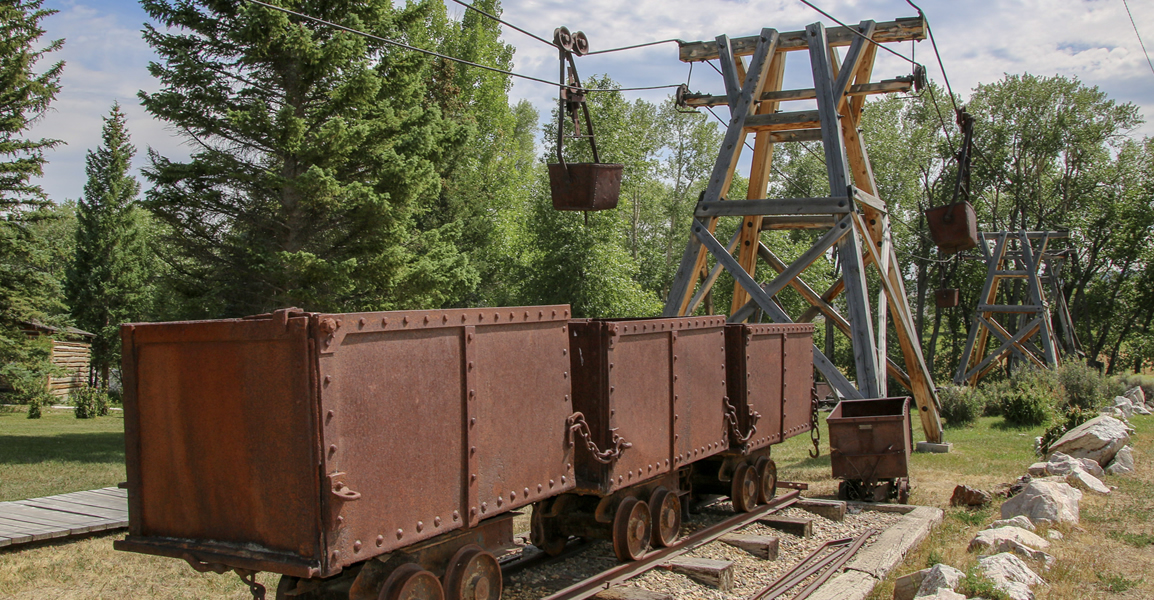 The Grand Encampment Museum preserves history with more than a dozen historical buildings filled with artifacts of the Encampment valley representing the area’s agricultural, mining and timber history. 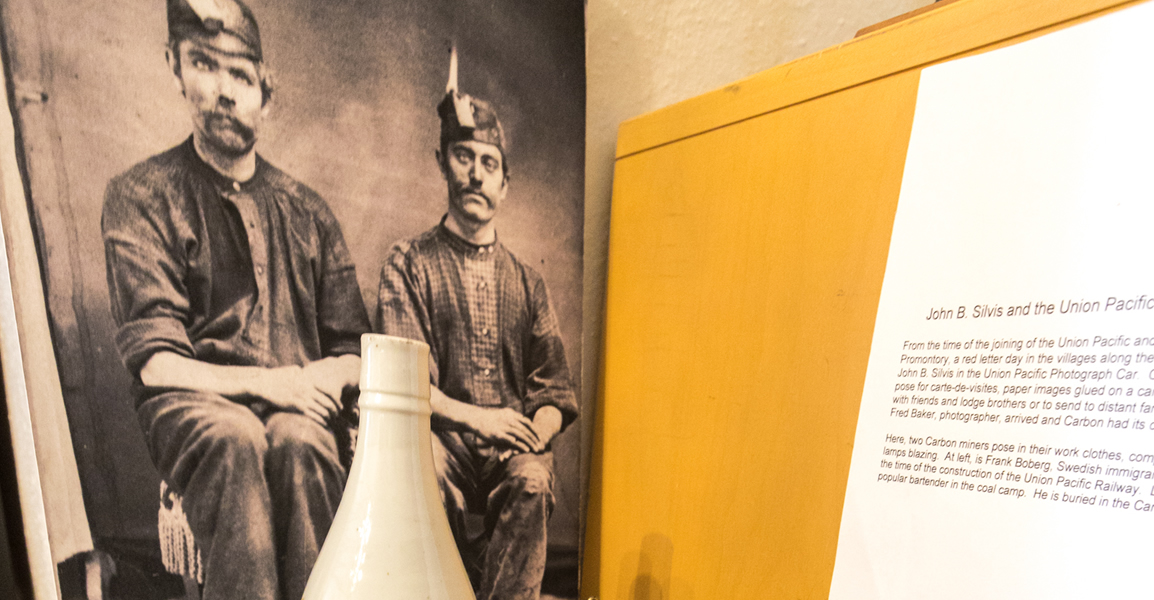 In Laramie, exit I-80 at Route 30 (Historic Lincoln Highway) to Medicine Bow, founded in 1868 by the Union Pacific Railroad as a watering station. In Medicine Bow, explore Medicine Bow Museum and the Owen Wister Cabin. The latter is the summer home of Owen Wister, author of The Virginian published in 1902. The first Western ever written, it became a popular television series in the 1962-63 season.

Completed in 1911, The Historic Virginian Hotel was the biggest hotel between Denver and Salt Lake City. The old western hospitality
remains the same and the hotel is registered as a National Historic Landmark. Enjoy a hearty lunch at the hotel’s Eating Room. Depart for the 21-mile drive to Hanna.

Hanna was founded by the Union Pacific Coal Company for its workers and families. Hanna still means mining to people in Carbon County. Visit the Hanna Basin Museum for a look at life and death in a coal company city. Follow with a stop at the Miners Memorial. The slab lists more than 100 miners who lost their lives in mine explosions in Hanna. Leave Hanna for the 40-mile drive to Saratoga.

Arrive in Saratoga and the Saratoga Hot Springs Resort, a fountain of health. The resort’s spa is the original State Bath House. The resort was built around the spa. After check-in, dinner tonight is resort dining at the Silver Saddle Restaurant. Return to your room for the evening after a fun day. You’ll have free time tomorrow afternoon, so schedule an appointment at the Healing Waters Spa, or plan to soak at the Mineral Hot Springs. 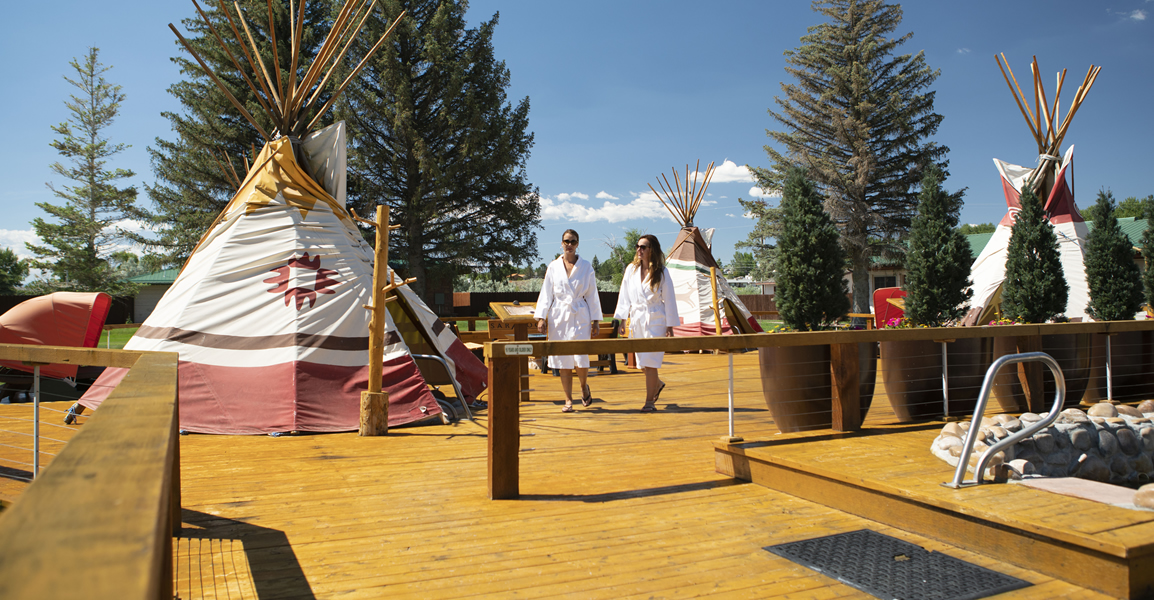 Enjoy breakfast at the resort. Saratoga holds on to its old western charm and heritage. The Wolf Hotel was built in 1893 and still welcomes guests. The Hobo Hot Springs is a natural mineral pool that welcomes visitors for a relaxing soak in the hot-bath 24-hours a day.

First stop this morning is the Saratoga National Fish Hatchery. Trout eggs are shipped throughout the United States to other state and federal hatcheries. A guided tour explains why Wyoming is on a trout fisherman’s bucket list. Located across the Shivley Airfield, the Saratoga Museum exhibits present an extensive guide to Saratoga and the Platte Valley. Local volunteers are knowledgeable. Several hands-on displays make the museum a worthwhile stop. Lunch today is at the historic Wolf Hotel dining room.

This afternoon, indulge in the always needed “me time” at the Saratoga Hot Springs Resort Spa, swim in the mineral swimming pool, or soak under teepee covered hot pools. For the more adventurous, partner with a local guide for an afternoon of fly fishing along the Upper Platte River.

Dinner tonight is at the Bellas Bistro featuring fresh, classic Italian. Return to the resort relaxed and rejuvenated after a fun afternoon and a great dinner. 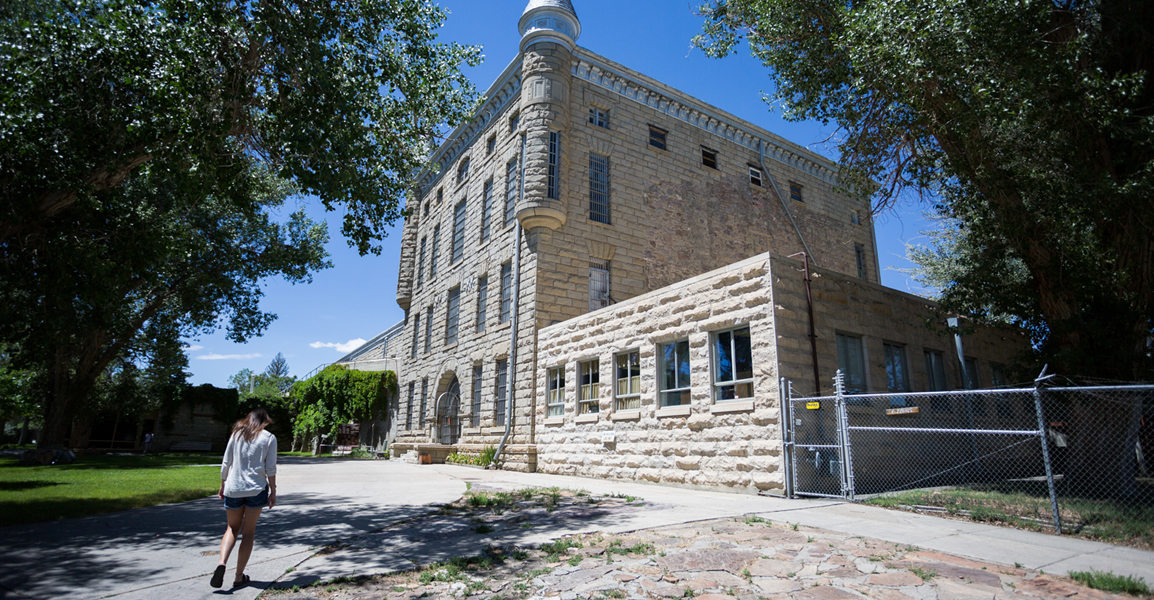 Breakfast and checkout, then depart for Riverside and Encampment, just a 20-mile journey. Located at the base of the Sierra Madre mountains, the communities are the gateway to the Medicine Bow National Forest on the south end of Carbon County.

First stop this morning is the Grand Encampment Museum, which preserves history with more than a dozen historical buildings filled with artifacts of the Encampment valley representing the area’s agricultural, mining and timber history. Depart for Rawlins, about a 62-mile drive.

Lunch in Rawlins is at Buck’s Sports Grill with exactly the burgers, sandwiches and salads you’d expect at a good diner. Following lunch, visit Carbon County Museum, which preserves through 30,000 artifacts the rich history and heritage of the Carbon County communities. Next stop, Wyoming Frontier Prison was built around the turn of the century and housed prisoners until the new state prison was built. Guided tours are available and you cannot leave any of your fellow tour passengers behind bars.

Leave Carbon County having learned much about the area’s history and heritage, or overnight in Rawlins at one of the group friendly hotels before exploring to other communities in the county. If you’re planning to stay overnight the Aspen House Restaurant is a must for dinner.