Drive through the mountains and prairies of Carbon County, Wyoming to observe our bountiful wildlife and breath taking scenery. Wyoming is home to some of the best kept secrets in the natural world. Whether you’re exploring the great Continental Divide, high mountain deserts or vast prairie lands, Wyoming’s scenery will not disappoint. Keep your eyes open and you may  catch a glimpse of Wyoming’s native wildlife species including foxes, coyotes, deer, antelope, moose, elk, bald eagles, badger and more. Please be aware that in the winter many of our scenic roads close due to high snowfall.

It is estimated that the rugged peaks of the Snowy Range rose 50 to 70 million years ago. It is also said that the mountain peaks may have once been much higher. Geologists suggest that approximately 15,000 feet of rock has eroded away since the mountain range's creation.

The Seminoe-Alcova Back Country Byway 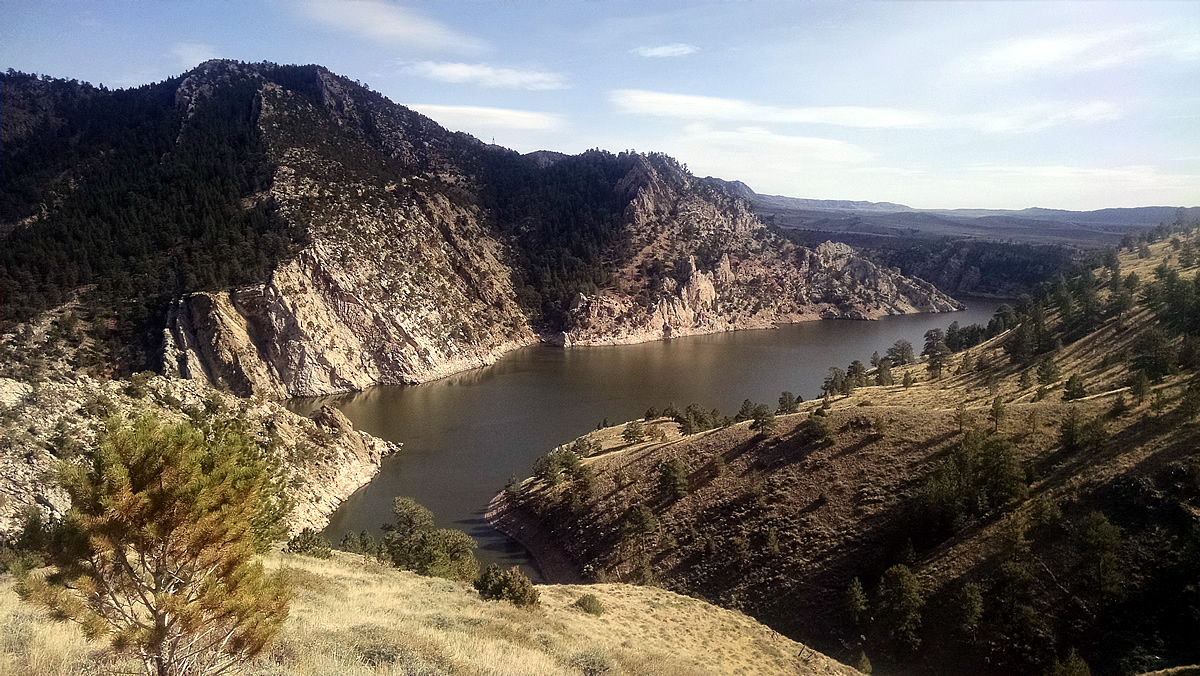 The Seminoe-Alcova Back Country Byway is located in South Central Wyoming. The north end of the byway is in Alcova, a small settlement on WY 220 about 30 miles southwest of Casper, and the south end is in the small oil town of Sinclair, near Rawlins. Here at the junction of WY 220 and Natrona County Road 603/407, the 73-mile route passes through antelope-grazed prairie and stark desert, and climbs over the rugged Seminoe Mountains. The route has special attractions which include: the Alcova Reservoir, popular for fishing and boating; Pathfinder Reservior, a favorite of windsurfers; Fremont Canyon, known for fishing, rock climbing, and popular with experienced river-runners; Seminoe Reservoir, the Seminoe Mountains, the Pedro Mountains, and Seminoe State Park. The road is in a remote area, but provides amazing landscape transformations while traversing through the Seminoe Mountains, the Pedro Mountains, and Fremont Canyon, that are worth making the back-country journey to view. 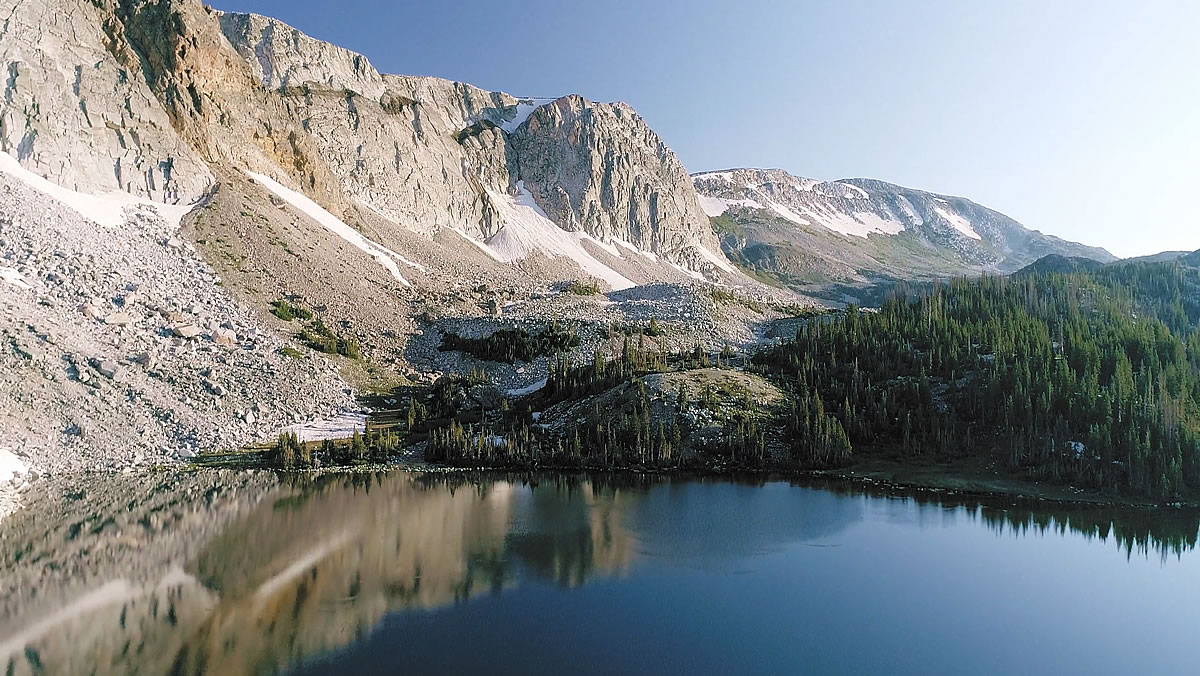 The Snowy Range Scenic Byway follows Highway 130 for twenty-nine miles through the center of Medicine Bow National Forest. A high-altitude drive, it offers you an unforgettable introduction to the mountainous West as it winds through the Rocky Mountains. Here, you'll embark on an extended adventure that encompasses three primary points of interest. Explore Medicine Bow National Forest, which encompasses parts of the Laramie, Medicine  Bow, and Sierra Madre mountain ranges. A mild climate and sunny skies dominate summer months, creating an ideal setting for outdoor fun. Explore the thick forests by hiking,  horseback riding, or mountain biking. Go fishing in one of many alpine lakes and streams  filled with trout.

In the winter, you'll find yourself in a snowy solitude. Well-marked trails and  hundreds of inches of powdery snow entice you to hit the slopes. Stride cross-country or zoom on a snowmobile across 300 miles of trails and wide snowy fields in this region. Thick, iced-over lakes provide ice skating or ice fishing.

Ryan Park Campground, surrounded by aspen trees, is a popular camping spot along the byway. Formerly a Civilian Conservation Corps camp during the Great Depression and a prisoner of war camp during World War II, it has since been revamped. Follow the interpretive trail that leads to the  foundations for the old prisoner of war buildings and learn about the history presented on the signs along the way.

As you drive the Snowy Range Scenic Byway, you'll wind through the massive Medicine Bow-Routte Forest on a mountain drive that offers views of gigantic granite peaks, glittering lakes, and thick forests. The scenery is stunning! It's a great place to get some epic photos.

The Byway is the second highest mountain pass in Wyoming reaching heights of 10, 847 ft. above sea level. The drive will take you from Laramie to Saratoga. Saratoga is a cute resort town with a natural mineral hot springs and plenty of outdoor recreation. You will definitely want to spend a night or two in Saratoga to explore! 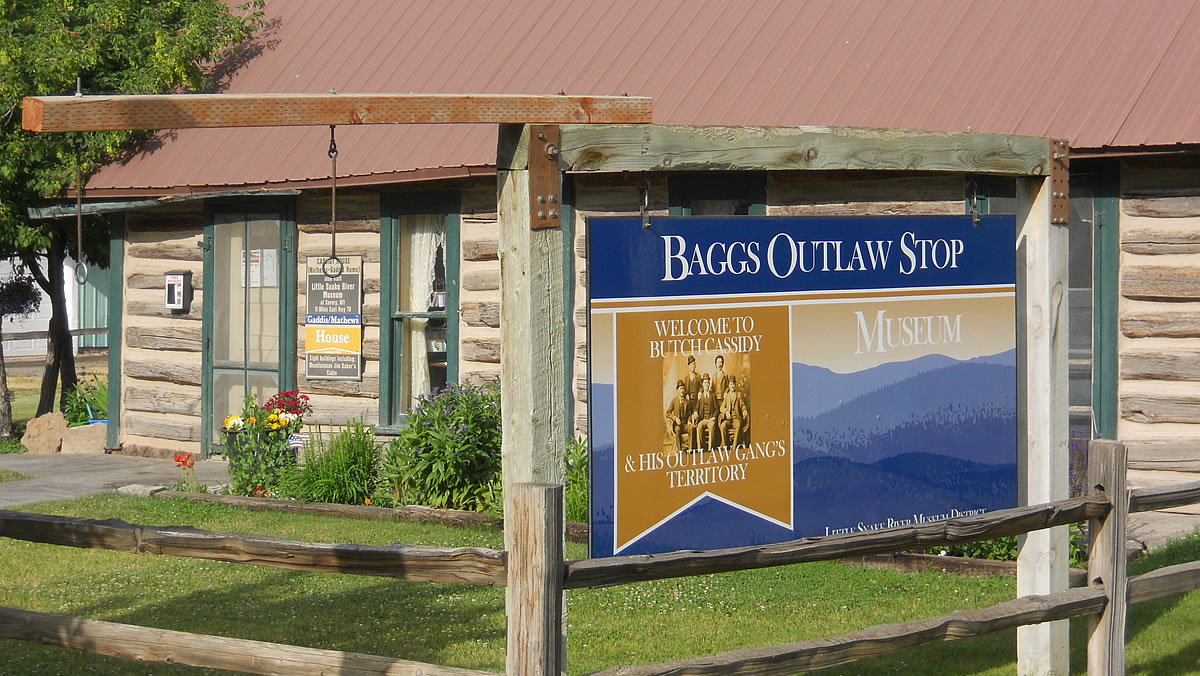 From Rawlins motorists enter outlaw country near Creston Junction. The Wild Bunch robbed a train at Tipton. Highway 789 south through Baggs to Browns Park, Colorado parallels the “getaway trail.” In the scenic Little Snake River Valley, Savery is home to the fascinating Little Snake River Museum and Outlaw Stop. Up on Battle Pass, travelers can pass through Aspen Alley, one of the region’s most remarkable stand of tall, waving aspen trees. The Sierra Madre country is rich  in beauty, mining and trapping history. Encampment has another fine museum, the Grand  Encampment Museum and Mining Town. The loop ends with a drive through ranching country to Saratoga, with its quaint downtown, the Hobo hot springs and outstanding fishing and floating on the North Platte River. 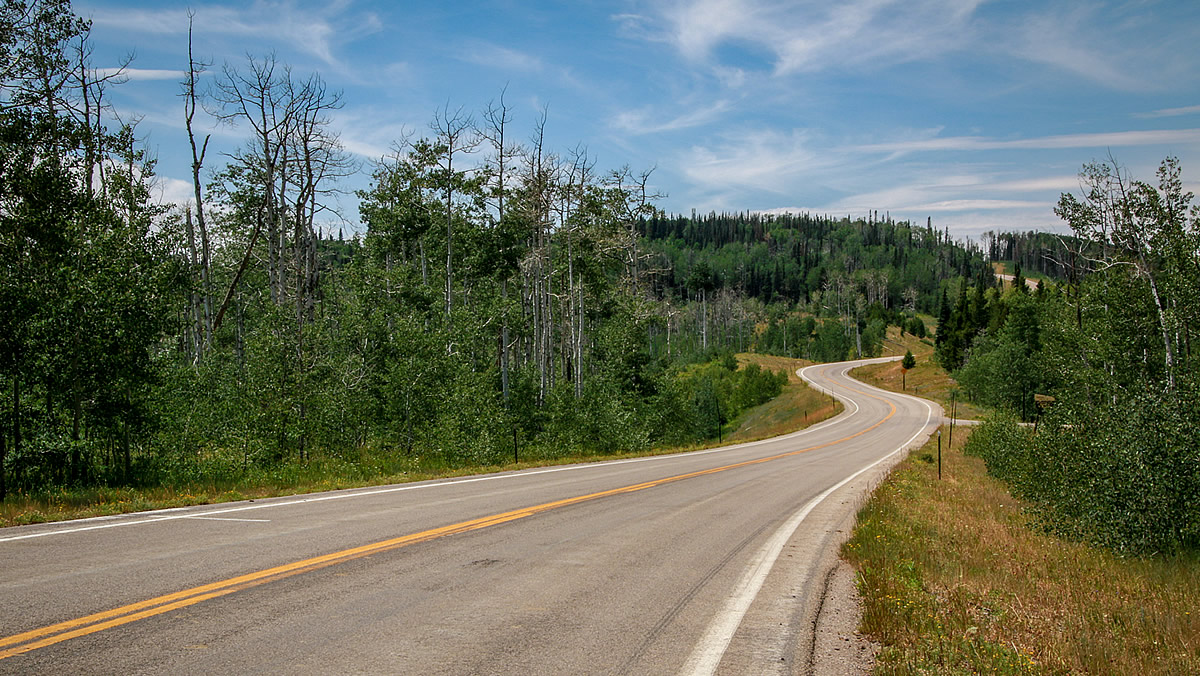 The Battle Highway along Wyoming’s Highway 70 stretches across the Sierra Madre Mountains from Encampment to Baggs. The scenic highway is open Memorial Day through October. Historic sites along the way include Battle ghost town and the Edison Monument commemorating the place where, while fishing on Battle Lake, Thomas Edison got the idea for the first light-bulb filament. Battle Pass, on the Continental Divide, provides a sweeping view of the Sierra Madre Mountain Range. Traffic on the highway is light and wide shoulders make this an excellent bicycle route as well.

Named for a famous Battle between Indians and Fur Trappers in 1841, Battle Pass is A 57-mile paved highway over the crest of the little-visited Sierra Madre Mountains of the Medicine Bow National Forest. This drive is a beautiful route that climbs high over the Sierra Madre of southeastern Wyoming. 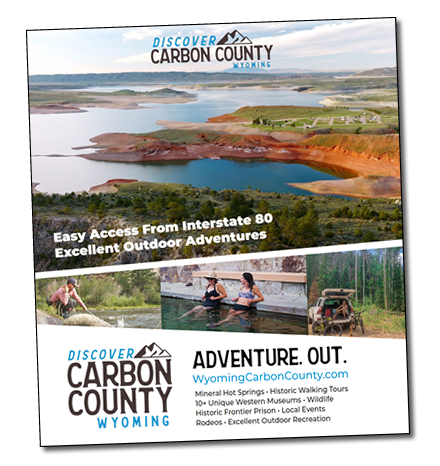 The Carbon County Visitors Guide is a great resource for planning your visit.

Download a digital version or have a printed guide mailed to you.

Carbon County owes much of its early history to the Union Pacific Railroad. The railroad gave names to unnamed places as it laid tracks westward over the Rocky Mountains that would eventually become the Trans-Continental Railroad. Well ahead of those tracks were Army surveyors laying out the route and marking the waterholes the great steam-locomotives would need to fill their empty tanks.